Chromebooks: Great Deal or Too Cheap? 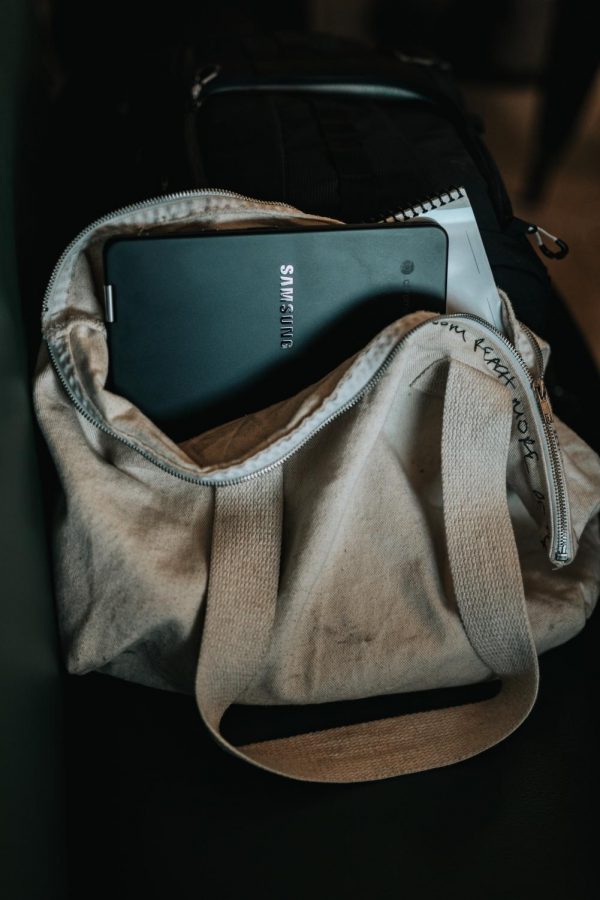 Photo by Nathan Dumlao on Unsplash. A device sits in a student's backpack.

Highschoolers in the Beaverton School District seem to have an almost universally positive opinion on the latest chromebooks. Given this a new question forms, why only “nearly”?

The Beaverton School District, much like many other districts in the country, has been renting out chromebooks to students for a while now. With the importance of technology only going up as time goes on, it makes perfect sense that schools would try to make students as technologically literate as possible. While everyone agrees with the district lending students devices, the same could not be said of their model of choice, the Acer Chromebook Spin 512 R851TN-C9DD.

“The chromebooks are like such low quality, they crash daily for me,” Jadyn Palmer-Young said. “It could interrupt my classes, making me unable to learn.”

Palmer-Young is a sophomore at Mountainside High School and has been in the Beaverton School District since he transferred in 2019. Beyond the problems he experienced with crashing, Palmer-Young also went on to mention that their mouse pad has become increasingly unreliable. When asked about the possible impact rough handling could have on the chromebook’s performance they laughed.

“The mouse pad [issue] could possibly be attributed to me clicking 20 times per second,” Palmer-Young joked, referencing a competition they have with their friends to compare their click speeds. “But, if it can’t handle that, is it even that good?”

While they certainly do exaggerate (even the world record is less than 20 clicks a second), Palmer-Young’s point is clear. They are of the opinion that, even if a given scenario is unlikely, the device the district chose should be able to handle it just in case. Palmer-Young isn’t the only one whose opinion on the chromebooks isn’t positive either, though they very well may be the most extreme in their views.

“It’s fine, it’s fine…the only reason I don’t like them is ’cause I know about computers,” Tristan Jordan, another Mountainside student, admitted. “If I didn’t know about computers I think I’d be fine with it, and I think a lot of the people who go to our school just don’t care.”

Jordan, like Palmer-Young, is a sophomore from Mountainside. He has been in the Beaverton School District since early elementary school, and has seen all the ups and down in technology use along the way. Compared to Palmer-Young, Jordan has a rather positive view on the latest chromebooks. In Jordan’s mind, when compared with the latest upgrade, the older devices are blown out of the water. Even so he agrees with Palmer-Young that the chromebooks could be better. Jordan does, on the other hand, see how the district might have made the choice that they made.

“I guess it’s good ’cause they can get a bulk of them cheap,” Jordan pointed out.

While the cost perspective is a really good point, Palmer-Young quickly retorts on how there are other options. The Acer Aspire 1 is, before taking bulk sales into account, almost $100 dollars cheaper from most retailers. The Acer Aspire 1 would be an improvement in many ways (Windows being a major one according to Palmer-Young), but it also has a few drawbacks. One major one is the lack of a touch screen for use in math and art classes.

Despite its pros, such as the intuitive design and aforementioned touch screen, due to all the cons given above it seems some people just dislike them. Even among these people, however, everyone really does appreciate the thought, and admit they much prefer them to the alternative of just having nothing. This can’t be overstated. Jordan summarized their understanding concisely and effectively during the interview.