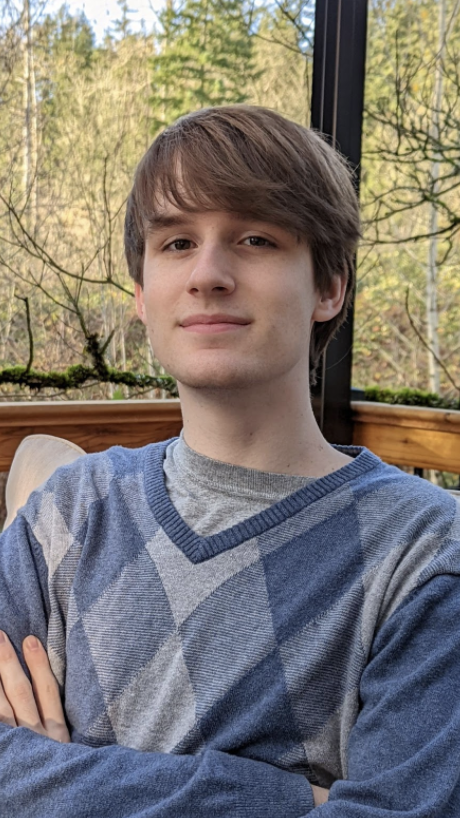 Jonathan Heinrich is a senior here at Mountainside. Here at school Heinrich is involved in Mav TV. He “really enjoys trying to find new entertaining segments or ideas for the school to see.” His most recent work is a short 90-second segment called “A Little Bit Better” and he hopes to make more to be aired before he graduates.

After he graduates Heinrich will be attending Portland Community College. He doesn’t know exactly what he wants to study but he knows he wants to enjoy whatever he does.

Heinrich isn’t sure of his long term goals, but he’d love to own a house one day. Another goal of his is to revisit Japan. Heinrich took a trip there his freshman year but he didn’t feel like two weeks was enough time to “absorb it all.” He likes Japan because he thinks, ”Japan has so many things for tourists it was fascinating to see so many different things. It seemed like everyone in my family had found things to enjoy. And although this may be true I feel like I need to see more before thinking about somewhere else.”After Japan he says he’d love to travel through Europe.

When Heinrich isn’t in the classroom or working on homework, he loves to hang out with friends and play online games with them. To him, “That kind of stuff never really gets old.” He doesn’t have a favorite game to play. “I mostly stick to whatever my friends are playing because I do not have as much fun playing by myself.” Outside of school Heinrich enjoys anything computer related, from the keyboard to the PC he knows his way around technology. He built his own computer and has recently learned how to build keyboards which is a new hobby of his. He takes pride in being able to beat anyone at any game.

In his last year of high school Heinrich wants to treasure as many memories with friends and family as possible, especially after quarantine. He wants to make his senior year one to remember.